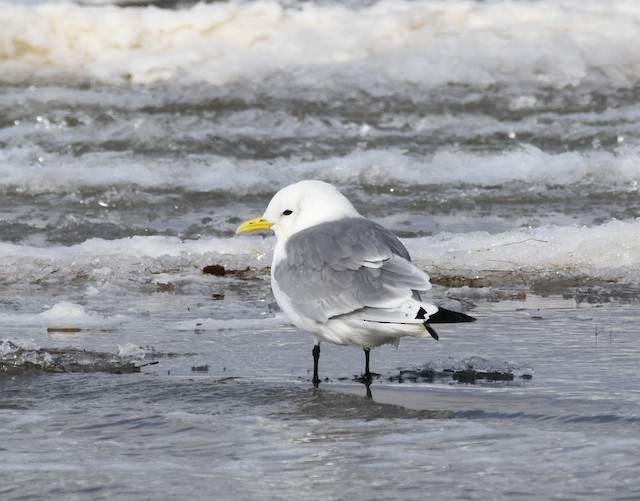 I observed the Kittiwake sitting by himself close to the shore of Lake Manitoba at Sandpiper Beach, St. Laurent, Manitoba He stood out because of his black legs and plain yellow bill. I was able to get a couple of photos before he flew, and used your Merlin App to ID him. An article written for the Manitoba Museum, dated January 20,2011, reports an observation of a Black-legged Kittiwake at St. Jean Baptiste Manitoba on December 30, 2010. This article also notes that at that time, there were fewer than 10 records of Kittiwakes being seen in Manitoba and most of these records have been during the summer along the Hudson's Bay. This article can be found at https://manitobamuseum.ca/main/on-a-wild-gull-chase-a-rarity-from-afar/