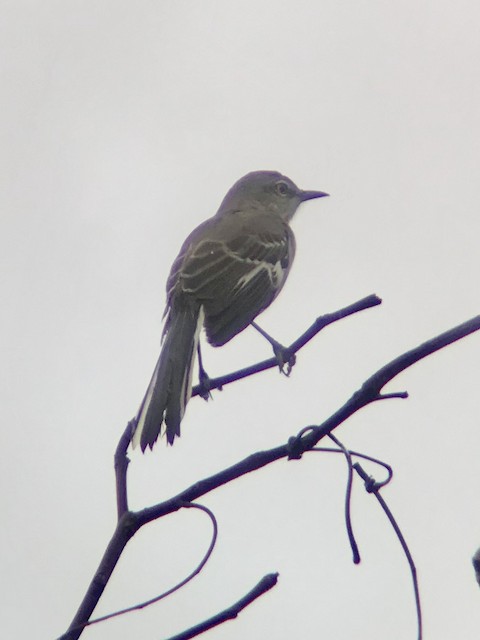 First seen flying away. Knowing the birds of the island I immediately knew that this wasn’t a usual sighting. The only thing that stood out at first glimpse were the two outer white tail feathers in flight. Unlike any other species on the island. We followed the bird and confirmed it to be a Mockingbird. At this point I hadn’t managed to see the wings in flight at all. Having found a hybrid Tropical/Northern in Choluteca before fortunately I knew what to look for. The white check mark was present, but we needed the wings in flight. The bird disappeared on us twice behind vegetation, but we finally managed to get him in the scope with a phone attached. In order not to miss the wings, we set the phone on slow motion and recorded until he flew off. That gave us a brief glimpse at the confirming white wing patches.