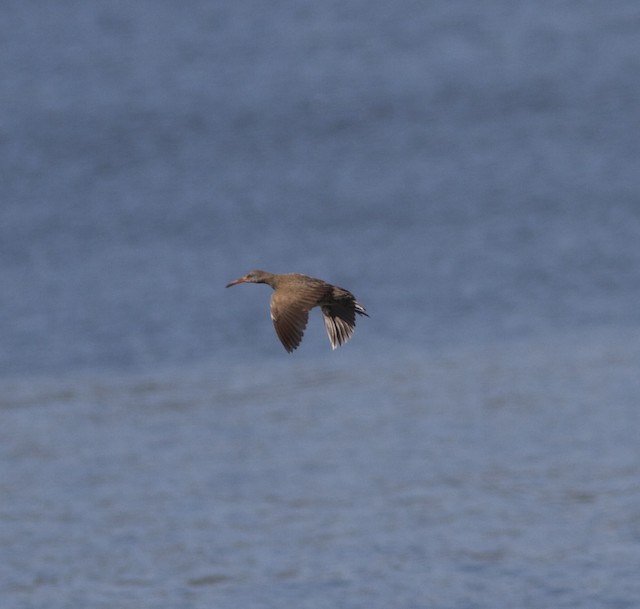 Rare for Pennsylvania. Rob Megraw and I were shocked to see this large rail drop-in, from out of nowhere, the ID stumping us for a bit between King/Clapper due to what my eyes thought looked brighter than the Atlantic race Clappers I see along the DE and VA coast. After viewing images on my computer plumage seemed to rule out King, and after seeking some additional input to rule out hybrid, Clapper is what's been settled upon, since the back feathers rule out King, and when in flight, no rufous can be seen on the upper-wing. As for what subspecies, it seems impossible to tell, but some feel this plumage is within range of Atlantic, while others think it's possible (but not provable) that this is a Gulf Coast race Clapper Rail.