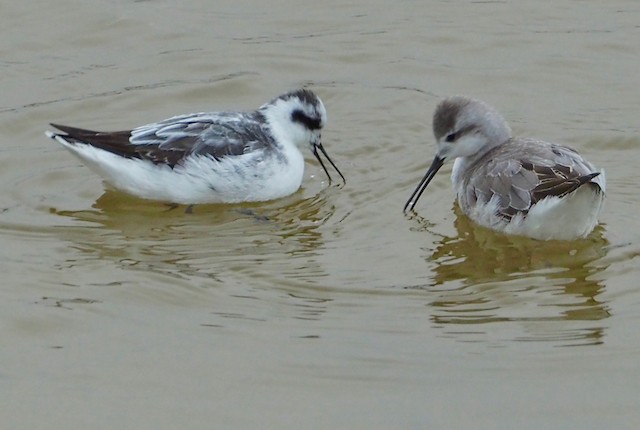 I first noticed one individual separated from a group of Wilson's. It was distinctive by its sinuous foraging behavior as opposed to the circular Wilson's. It is much paler/white with distinct black stripes through the eyes. Distinguished from Red by its Bill length being similar to Wilson's I. E. not shorter. Photos to be uploaded soon. It later became apparent that there were three individuals in different parts of the northern half of the lagoon.