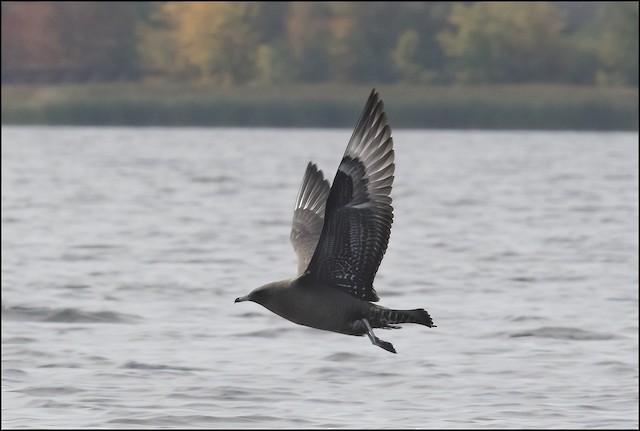 A dark juvenile, initially found by Aaron Hywarren (not the PAJA in identical plumage seen the day before!). Eventually the jaeger showed really well. My buddy Paul Lagassi has much better 'frame-filling all action photos'. Initially, the bird was not in view and after 2 hours we were about to give up. We decided to feed The Flock of 'Sea' Gulls some food (my lunch). The commotion clearly brought the bird across from the Quebec side of the river where it sat on the water 500 metres from us and 600 metres offshore. We paddled the good ship 'Ammodramus' toward the bird and let the wind drift us in closer. (I love it when a plan comes together ;-) Note: the bird can disappear for long periods of time when there aren't any gulls to harass in the bay.