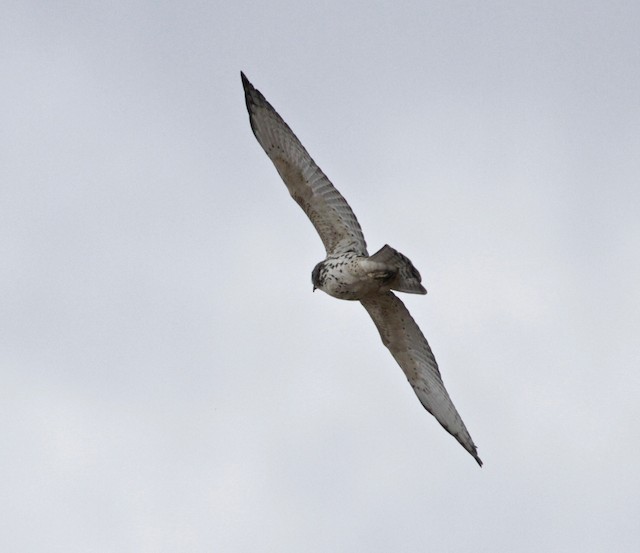 Photos. Small Buteo flew directly over our heads Heavily banded tail. Mostly white lightly mottled underwings with no patagial mark. Dark border on trailing edge of wings. The upper breast was heavily streaked with the streaks being a bit blotchy. The lower breast and belly mostly pale and unmarked other than a few dark streaks. Head was mostly dark with the distinctive light malar and dark sub-malar markings. Much too small for imm. Red-tailed Hawk and had no patagial mark. Imm. Red-shouldered Hawk would show more uniform streaking further down on underparts and the light tail bands would be narrower than the dark tail bands. This was the opposite with the dark bands narrower than than light bands. Multiple photos were taken as the bird flew past and away from us and at least two of those are diagnostic for the reported species in my opinion. They are included in this report.