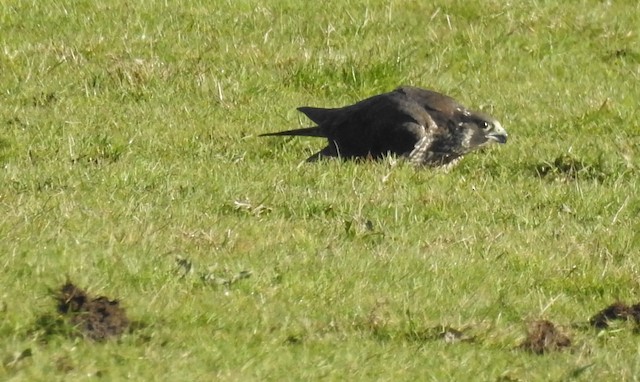 It had a drink and then as shown in vid.doc. just walked around and chilled a bit.Fun to see walking. A Red Tailed Hawk was coming in towards it, so the PEFA flew up chattering loudly. A Bald Eagle then appeared out of nowhere…seemingly to investigate. All happened in less than 30 seconds Video Clip on Flickr https://www.flickr.com/photos/134270033@N06/25525788393/in/dateposted-public/ CA-British Columbia-Victoria-4368 Lochside Regional Trail - 48.489x-123.36, Capital County, British Columbia, CA A Field East of Lochside Trail where the road ends (and goes West) and the trail continues S to the LAke