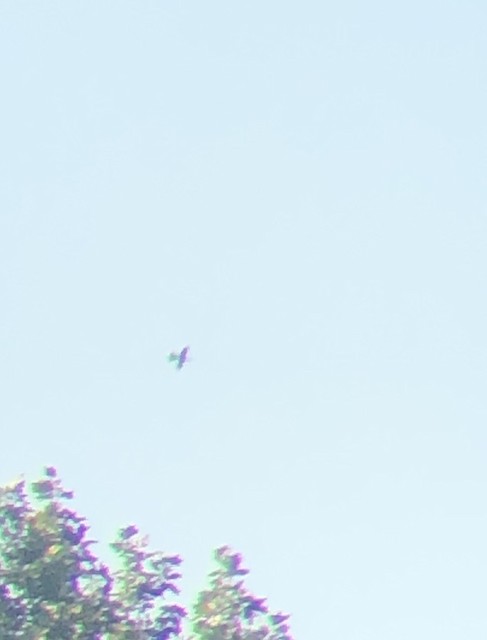 Unbelievable!!! Soaring over the ILC area on Carpenter Bridge rd. Second state record. Huge fan-shaped tail nearly double the length of a DCCO, arrow-like neck head and bill, soaring on very stiff wings and frequently doing a rapid series of stiff flaps much like an accipiter. It was distant and backlit so very difficult to make out any colors, but I believe I did see pale wing coverts and the chest and neck appeared pale brown suggesting female/juvenile. Considered the possibility of a soaring cormorant but easily ruled out by long tail, flight style upon other things.. Bad digiscope photos attached.