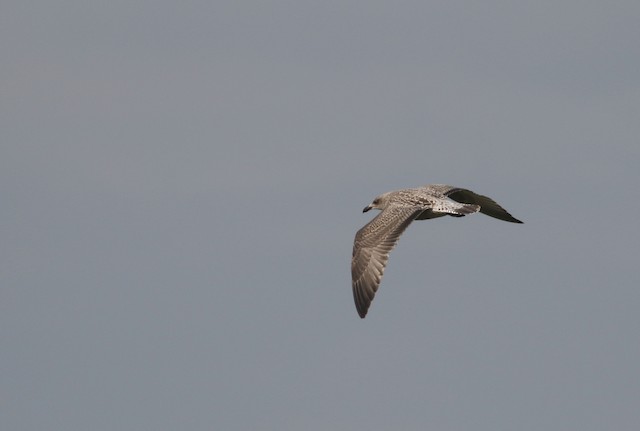 Juvenile flew south past Soil Hill over Ned Hill Track. Initially drew attention due to its pale primary windows, contrasting enough to rule out the many dark juvenile Lesser Black-backed Gulls in the area, and not contrasting enough for European Herring Gull. Dark Mask around the eye, heavy build and covert pattern also support Yellow-legged Gull. Dusky underwings rule out Caspian Gull. Tail well marked when it should be largely white the only real concern, but after discussion with TDJ and GCT decided, given the other features noted, that it was within the realm of variation for Yellow-legged Gull.