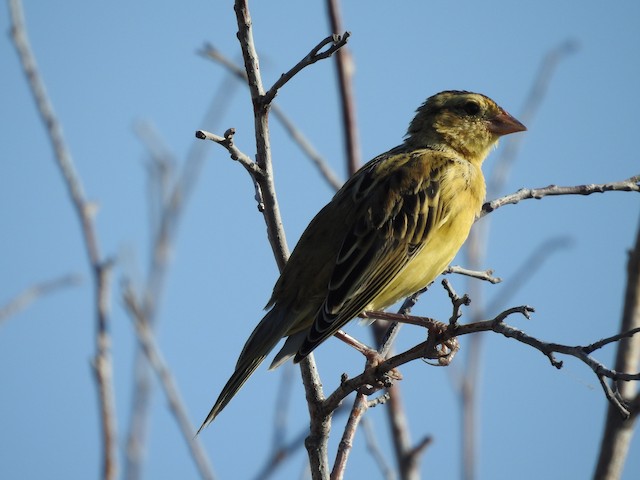 First observation at 0802. 23 counted on property. 1 individual(s) singing. Unprecedented sighting for this site: the latest-season observation of Bobolinks here over the 2017-2020 period of surveys, and the only observation of these birds in a flock. Seen for over an hour perching in dead alder snags over the reach 3 ponds as well as small shrubs and Melilotus clumps. Several times, a large portion of the flock moved at once. Lots of upslurred 'pink?' calls, interspersed with periods of silence. Groups flew down to the grassland near the stream and north of the ponds, presumably foraging. Adult males 'should' still be in alternate plumage (Birds of North America states molt is by mid-August, with basic plumage developed by Sept), so these were all presumably females or young of the year. They were quite notably yellow, suggesting many juveniles were present (according to BNA, they tend to be yellower than adult females). Detections (number 15-minute intervals in which the species was detected): 5 on property.