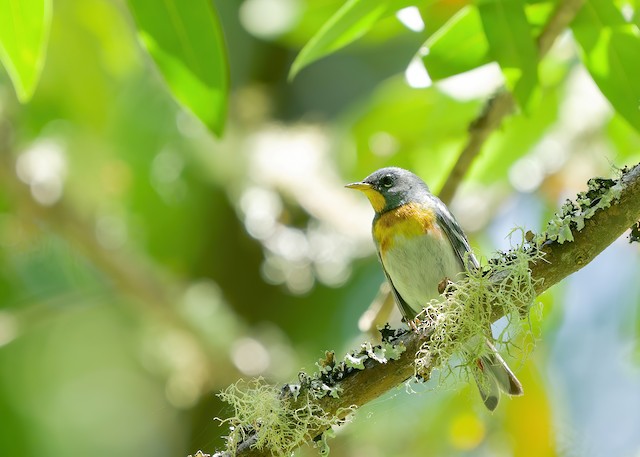 At this spot here (38.0006970, -122.7627707). First heard the bird singing as I was walking approximately 150 yds NNW from pond on Olema Valley Trail. I stopped to listen, but horse traffic kept me from confirming. I was fairly sure I heard it initially, so I waited and after about 10-15 minutes the bird started up again. I had good looks at one point and was able to snap some photos. Got numerous recordings but some of the best (closest) were marred by wind. Pretty unexpected and first record at this site in 20 years (in eBird). In all honesty I was walking up the trail listening for either HEWA or RECR and NOPA was a total surprise, but in looking through records it appears they have been known to breed here occasionally in the 70's and 80's. I thought I might have heard a second bird, but I couldn't be sure as the one bird moved around quite a bit. Given location and gps coordinates, I feel as though this bird is still appropriate at the Five Brooks Pond hotspot. I could still hear a number of the same birds that I could hear from the edge of the pond such as OSFL, but open to feedback. I typically walk a little ways north and south on Olema Valley Trail when birding this hotspot.