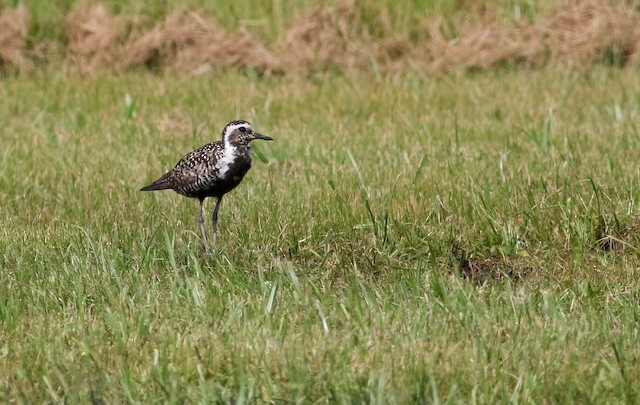 Continuing bird associating with a group of Killdeer around Row I of the campground. This bird was initially identified as an American Golden-Plover, but upon further study by experienced birders, was proven to be a Pacific Golden-Plover. Although the bird is in molt and many of the feathers are worn, only three primary wing tips appear to extend beyond the ends of the tertials (which look quite long), and the primary projection hardly extends beyond the tail. The white patterning extends all the way into the flanks and undertail coverts, which have some black barring and spotting respectively. The legs also seem to be rather long, and the white facial stripe appears very narrow and angular in shape, both of which suggest Pacific. Many photos obtained. Lifer!