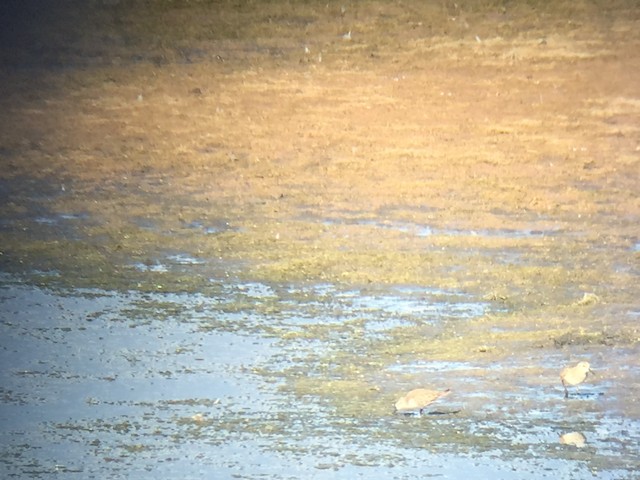 Associating with a Baird's Sandpiper which confirmed size. Least Sandpiper ruled out given this bird had black legs, feeding action not like a Least and the all grey and white plumage (versus Least Sandpiper's darker brownish plumage to the back and wings). Western Sandpiper ruled out given this smaller length of the bill, mainly straight bill and blunt tip. Red-necked Stint possible, but this bird's bill looked too long for that. Blow up the photos to seen see this bird better. If I was in North American this would be a Semipalmated Sandpiper no question....