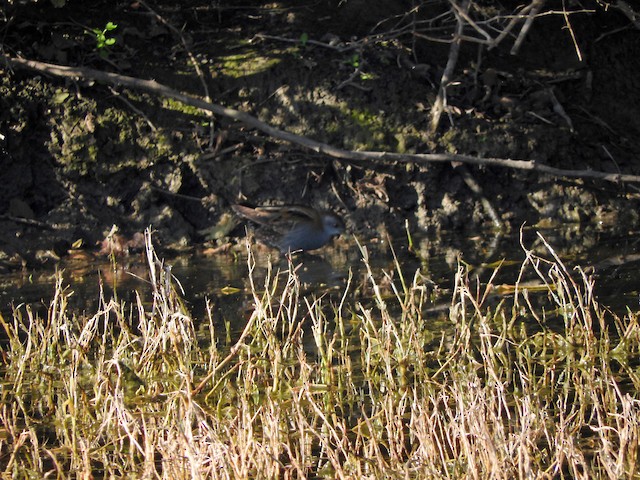 This bird was initially reported as a Baillon's Crake, which is more expected. However, Diane Thomas noticed in her photos that the side barring was too limited and the primary extension was too long for that species and fit Little Crake better. In addition, the pale scapular spotting and the pale upper edge to the tertials appear to fit Little Crake better. This photo, although taken with poor lighting, reveals a reddish base to the bill that indicates Little rather than Baillon's Crake. Upon looking at eBird records, this appears to be a continuing bird first reported on February 7, 2020.