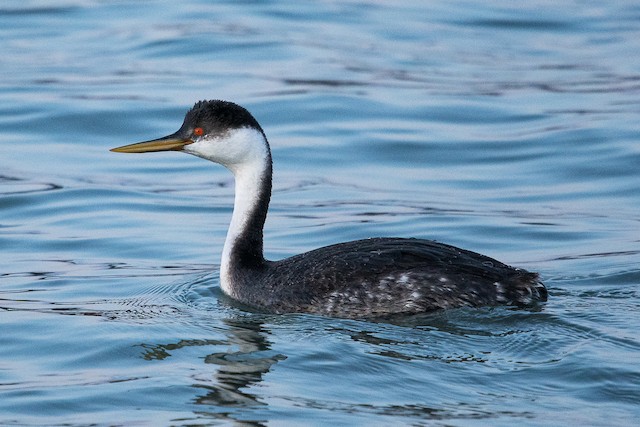 Received notification that someone had found a grebe on March 4th and was seeking identification on Facebook. It was quickly revealed to be a Western Grebe. I was able to get to the marina with a little bit of daylight, and quickly got on a large Grebe about 100 meters south of Nelson Park on the Niagara river. Large yellow bill that appeared to have a slight upturn, dark cap that extended down the back of neck and continued to blend into the grebes upper parts, very uniformed. Bright white cheek and neck continuing to underparts, giving this grebe the standard "black and white" appearance. Piercing red eye. The grebe activity fed while on the open river, eventually entering the Marina at around 6:15pm The original finder of this bird is Liz Cormack on March 4th 2020... Thanks Liz!