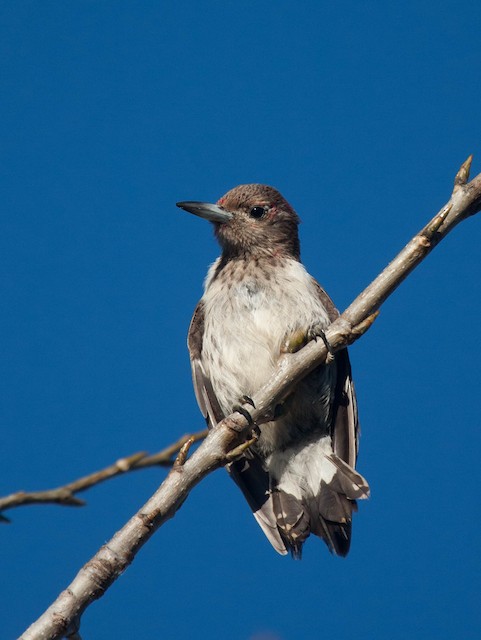 **rare; hatch-year with one or two flecks of red on head; first noticed when it flew and gave short two-noted chatter which took me a minute to place; I spent 20 minutes enjoying this bird as it flew all around the extreme NW corner, occasionally crossing to Brook Farm tree line, but constantly stashing acorns and giving it bluebird-like chatter calls from the dead snags of the beaver swamp. It should be easily relocatable and may stay for a while (overwinter?) given its persistent caching of acorns here. A passing dog walker said she'd seen it here yesterday, although it is not clear that she really knew this species. First record for Millennium Park and one I'd always hoped for; second recent eBird record for Suffolk Co. following a December bird found by Sean Williams near the MFA in downtown. Many photos.