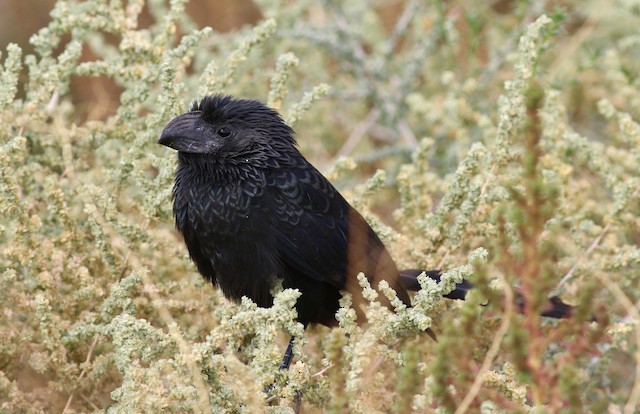 Found earlier in the day by Steve Brad. When we arrived several others had the bird pinned down but it was buried in the brush. It worked the brush and weeds along the barbed wire fence on the eastern edge of the rest area, often times buried but occasionally perched on the fence or on top of the tumbleweeds or other vegetation. It eventually flew to the larger trees in the middle of the parking area, but quickly flew down into a pine tree where it perched in view for at least 20 minutes. It was very confiding, allowing approach within 8 meters.