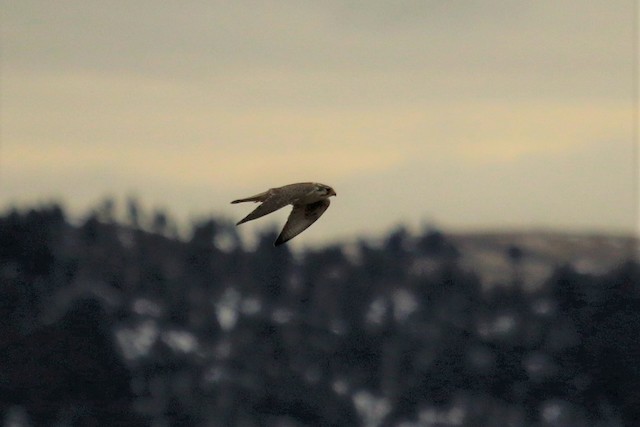 First observation at 1358. 1 counted on property. Initially spotted on the power pole on top of the hill E of Head Ln. Shortly after we spotted it it flew towards us, passing about 150 meters south of us; we clearly saw the dark axillaries as it flew by. It dove down into the grasses south of reach 4, then continued on and perched on a fencepost close to the RR tracks, where it remained in spite of a passing train. It appeared to be feeding on the fencepost, indicating that it had successfully caught a vole or some other small animal. Detections (number 15-minute intervals in which the species was detected): 2 on property.