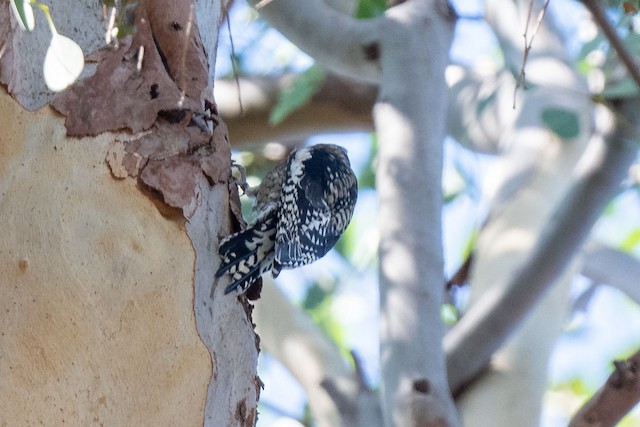 I've been struggling with this ID since we found the bird. I asked the ABA Bird ID facebook group for help and they are leaning Yellow-bellied based on the following indicators, with an emphasis on the molt timing: strong white band along wing parallel with the belly, dark chest and head, as well as appearing to have quite a bit of retained juvenile plumage, which Red-naped Sapsucker should not show after mid-Oct, as they complete their molts on summer grounds and look like adults by Fall's end. This bird is a strong example of a YBSA juvenile in "suspended molt" during its winter migration, further evidenced by the crown molting in a splotchy manner, whereas RNSA molt their crown from front to back.