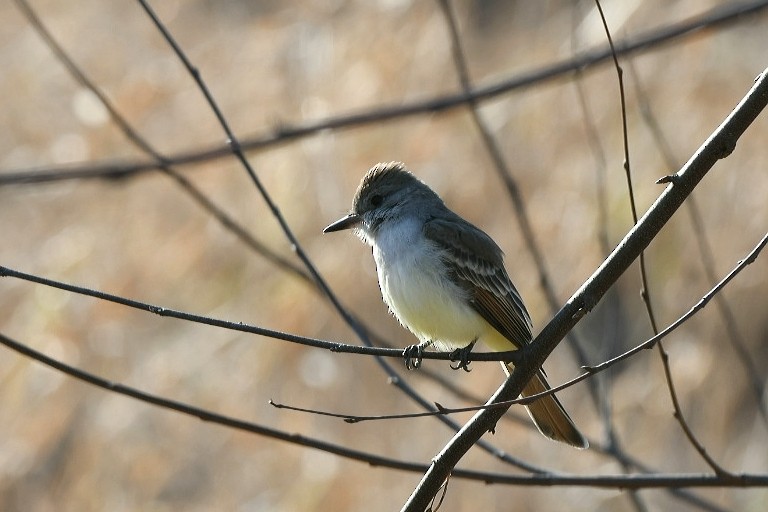 Continuing western vagrant flycatcher, present here for several days and viewed by many others. It wound up not being in the basin between Trexler and Swallow Tail Rds., which I was in the process of circling for a second time when John Good called me over (thanks, John). Instead, the bird was eventually seen skulkily feeding in a narrow goldenrod plot on the east side of Dart White Dr., between an active construction site (complete with steamroller) and Trexler Rd. (Another birder whose name I did not catch relocated the target bird in the goldenrod while I was searching on the other side of the road, covering an area where, 30-ish minutes earlier, John had lost sight of the flycatcher. It had evidently circled back to the goldenrod patch, where he'd first seen it.) After a few minutes of offering only occasional fleeting glimpses in the goldenrod, seemingly unprompted, the flycatcher flew south across Trexler and perched low in a sapling. It was still working its way east along the row of saplings on the south side of Trexler when I departed. The bird was never more than a few feet off the ground. Drab Myiarchus flycatcher with washed-out yellow belly, very pale gray throat with darker cap, rufous coloration on flight feathers and tail, wingbars. I did not hear it vocalize.