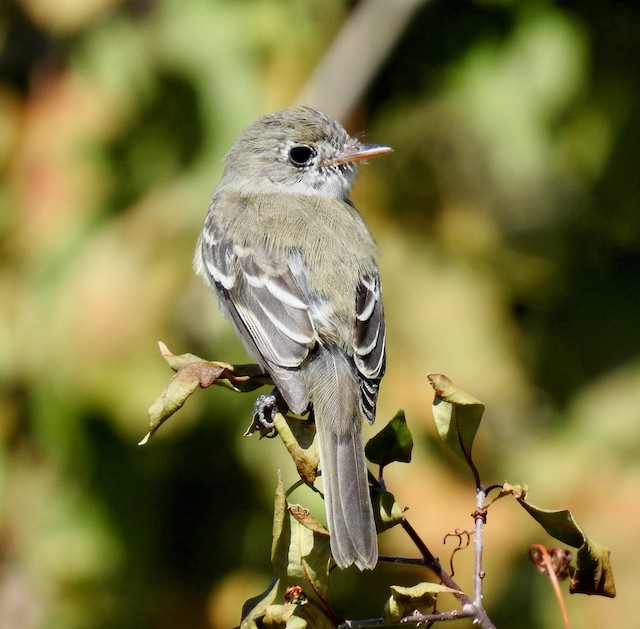 ID as LEFL in field but finally looking at photos 2 days later ... serious questions arose because bird looked very pale, long-tailed, and long-billed in photos above. In fact, 4 experienced observers to whom I sent the photos each independently said Gray Flycatcher. A 5th, Gary Rosenberg, stuck with Least and pointed out that the length of bill was exaggerated by loss of feathers (on a generally ratty bird) at base of bill. This was also Marky's conclusion, independent from Gary. Marky then dug out her video clip, which clinches the LEFL ID IMO -- rapid upward tail-flicking and chunky, short-tailed look