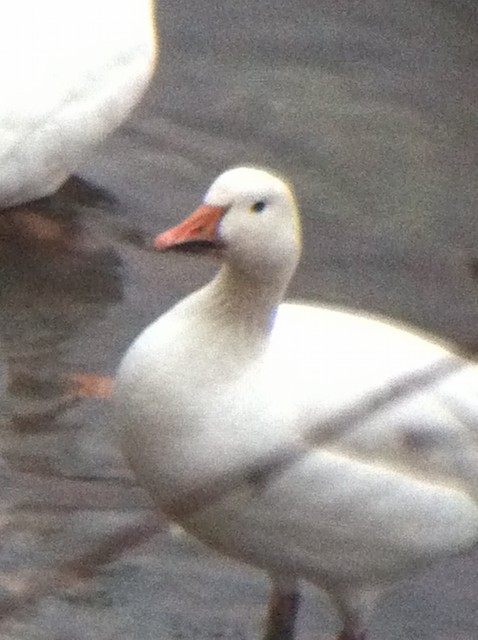 11 adult (white with black on wings, black "grin" on pinkish-orange bill) 2 juvenile (gray) first spotted in middle of pond. I followed them around for a while until I got some decent photos. N.B. The day was very gloomy and darkness was setting in so these phone-scoped images are not as crisp as I would like. (see link below for more photos). The close ones were taken on the southern beach (by the new crosswalk). Eventually got about 30 yards away from them. Dogs and runners spooked them a couple of times and they flew to the complete opposite side of the pond, before returning after being spooked again on the other side. I got a lot of exercise following these guys around the pond, but worth it.