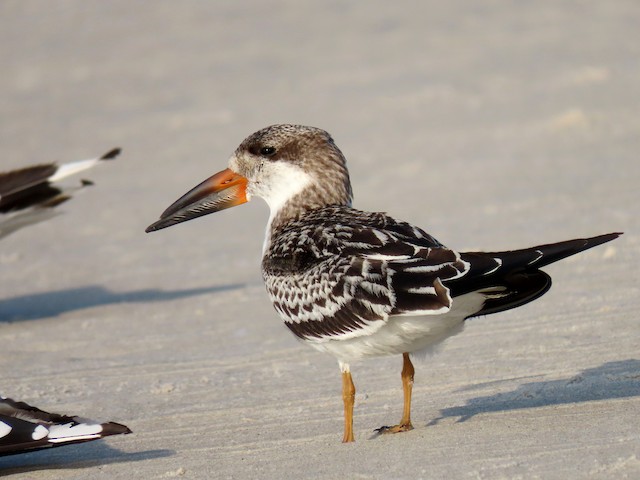 flock of 64 + 1 juv: I was photographing a juvenile Black skimmer on the beach when an enormous, silent black cloud swept in from the ocean, made a large arc, passed directly overhead, and rushed back over the ocean again: a flock of c 60 Black skimmers, which very nearly landed directly in front of me (a few wings almost brushed the sand), but presumably disturbed by my presence, made a collective decision to leave as soon as they had arrived. The juvenile seen in the first photo showed no inclination to join the flock. I wonder if anyone else saw this flock today (at Sandy Point)? Appears to be the largest flock of Skimmers recorded in the area (by a factor of 2+). Based on 3 different photos, I arrived at a figure of 64.