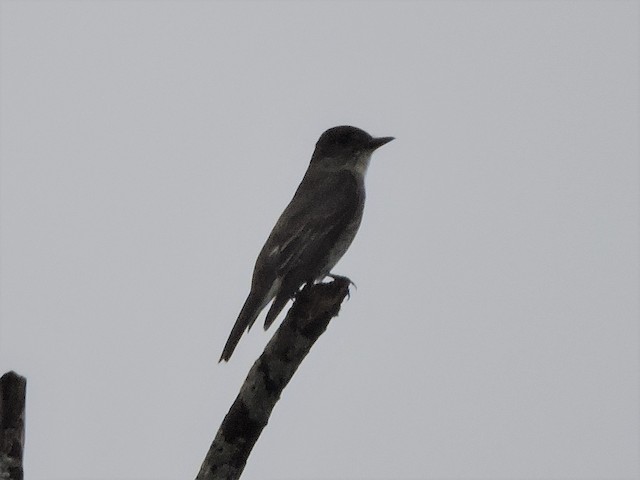 Heavily vested chunky flycatcher with white flank patches. Slightly larger than E. Phoebe. Observed for 19 minutes and photographed before it flew off to NW. Seen at the southern park boundary along Gold Point Circle S. Head appeared large or crested the entire time, tail was shorter than that of a EAWP. Wingbars were indistinct, bill was heavier than EAWP and darker, and no eye-ring was visible. Overall a darker looking bird than EAWP. Bird perched on two different dead snags while we observed.