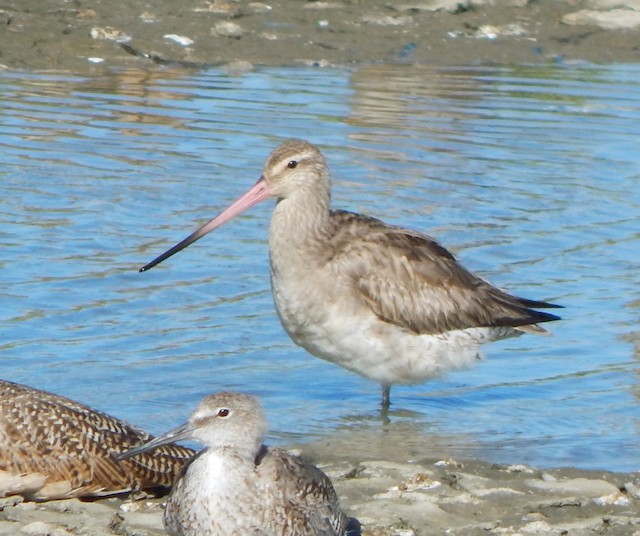 Continuing bird first found by Jerry Ting. Missing when I first arrived, but settled in very near the path after a Northern Harrier flushed the shorebird flock around 5pm, apparently in the same location it has been seen the previous few days. Large shorebird very similar to the many nearby Marbled Godwits, but drabber, with much less orange color, plain white belly, and mostly unpatterned back. More prominent supercilium than most Marbleds. Black and white striped tail coverts. Hint of streaked underwing pattern caught in one photo of the bird preening.