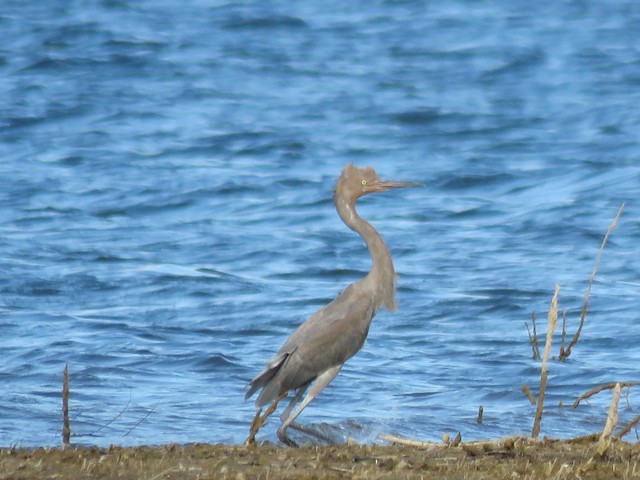 Caspian terns where dive bombing the egret for a minute or so. The egret is ducking in this photo to avoid a hit from a tern (not in the picture).

Continuing bird first observed by Mark Holmgren two days ago. My observation of this bird matches Mark's detailed description, including the presence of one or more bent feathers on the left wing. So this is almost certainly the same bird. I heard no vocalizations. I observed the bird for ~ 5 minutes (starting at ~16:50) with binoculars (no scope) at a distance ranging from ~75 meters down to 50 meters. The egret was motionless for most of this time, and appeared to be still fishing (as apposed to dancing type pursuit of fish). At one point, for almost a minute, two Caspian terms harassed the egret with several areal dive/stoop attacks; the egret ducked with each dive to avoid a perceived hit from the terns.