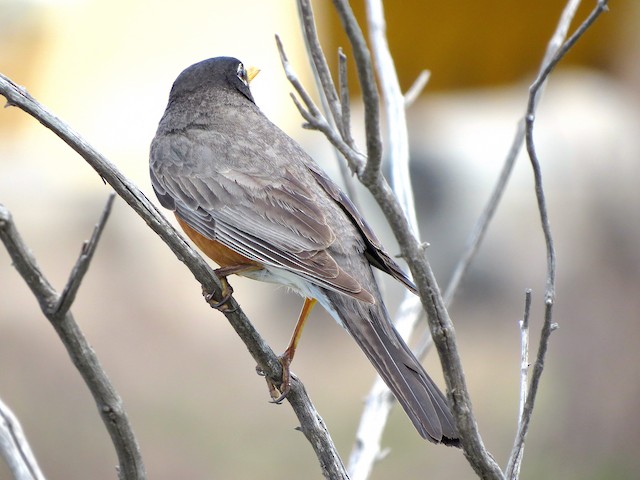 I was unclear about aging this bird with the remiges and upperwing coverts, so I reached out to Peter Pyle. This is his analysis: "SY on rects alone. In this case the molt limits are mostly within the lessers and between the lesser and median coverts (so a relatively restricted PF). The small buff tips to the medians (and to some extent some of the greaters) is a juvenile thing. The 3rd or so greater from the outside has been replaced accidentally. I call those 'wear clines' from the innermost greater outward, and among the tertials, as these are the exposed feathers when the bird is sitting."

Estimated count. Widespread, but not a lot of song, perhaps because of the overcast. See analysis of a particular robin, below.