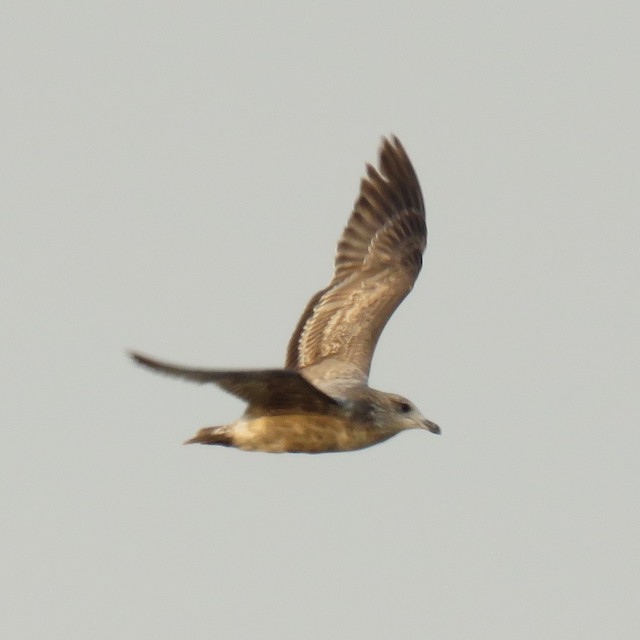 No pale window on primaries, dark trailing edge of secondaries,1st cycle bird, larger size than ring bill gulls. pictures to come More details added after downloading photos: This is a Herring-like 1st-cycle gull that lacks pale inner primary windows, which rules out American Herring and is spot-on for California Gull. The rest of the upperwing pattern is also classic California Gull: dark secondaries and dark greater covert bases, separated by a band of pale greater covert tips, form a double dark trailing edge. This bird also has the distinctive California Gull face pattern, with a dark "bandit mask" around each eye. The dusky bill is very unexpected on a 1st-cycle California Gull, especially this late in the season. In California, nearly all have neatly bicolored bills by November, and I don't think I've ever seen one with a bill this dark after December. However, all other features on this bird are perfect for California Gull, and I'm confident that's what it is. I really can't make it be anything else. (This makes me wonder if 1st-cycle California Gulls from the eastern part of the breeding range (presumably subspecies 'albertaensis') tend to be darker-billed than the birds from farther west that winter in California.)