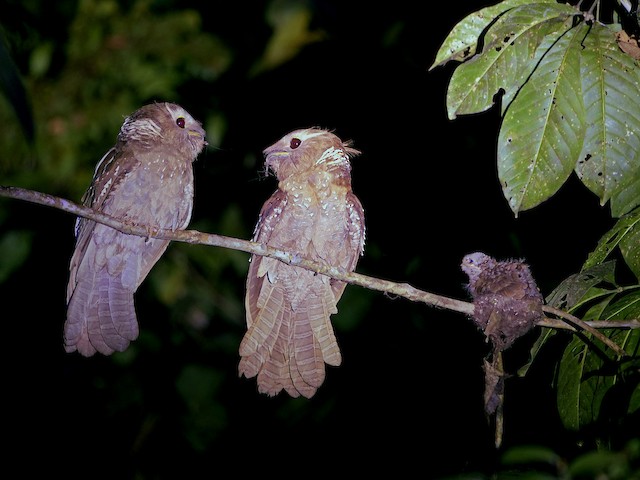 Adult on right is the bird that stayed with chick during day time.

Nesting activity 1st discovered in Jan 2019 according to blogspot. Ooi Beng Yean photo on 22 Feb white downy chick. Photo today 3/3/2019 patchy brown feathers. One adult always with chick during daytime. Sometimes two adults come back with food at same time at night. Sometimes chick left alone at night briefly. Fed only twice between 6.00pm to 8.30pm. Stopped observation after that. Observation done with lights covered with red filters. Did not appear to stress burd's eyes. Food brought back are insects & one with green leafy wing. Feeding is leisurely & chick does not appear very hungry despite whole day no food. On 12 Mar no adult with chick during daytime according to other photographers. Chick flew off on 14 Mar 7am morning following call of adult according other photographers.