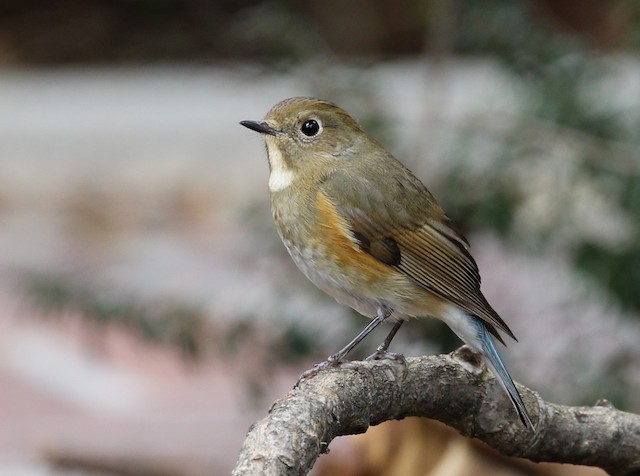 Continuing for over 2 months now. It favors the SE corner of the grounds. We just positioned ourselves near the east end of the south wall, and waited as the bird would intermittently come and go. It really seemed to favor the U shaped pathway near the white gazebo and where there is an orange cone. Often would disappear in the bushes, but never seemed to go too far away. Likes to sit on the curb of the path, and will sit for a long time if it is not disturbed. Some meal worms had been placed, so it would occasional come out, eat a couple meal worms, and give us some fantastic views. The strategy is just to figure out where it is favoring, and then just quietly sit and wait. It is now pretty cooperative around people so long as people aren't moving around. Best to avoid walking along or near the path.