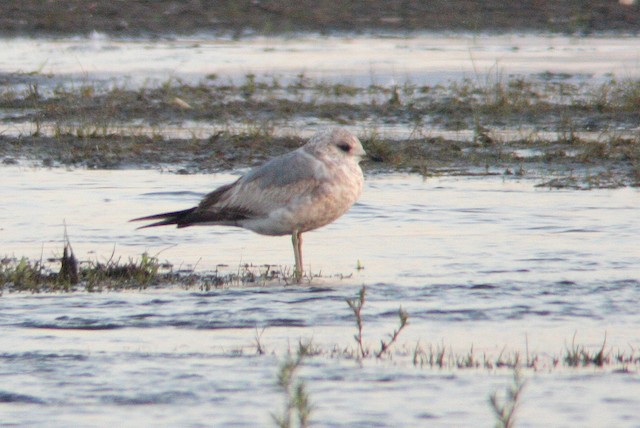 First-cycle bird. First seen at 0550 perched on the Oregon side of the state line at the mouth of Pine Creek, then flew inland to the southeast, into a recently plowed field on the California side of Stateline Road where many Ring-billed and California Gulls were foraging. I refound the bird in that field at 0755. In direct comparison with Ring-billed Gulls, this bird was smaller; more round-headed; much finer-billed, with a mostly dark bill (just a bit of paleness at the base); more slender-winged (as seen in flight); and darker where gray feathering had appeared on the mantle.