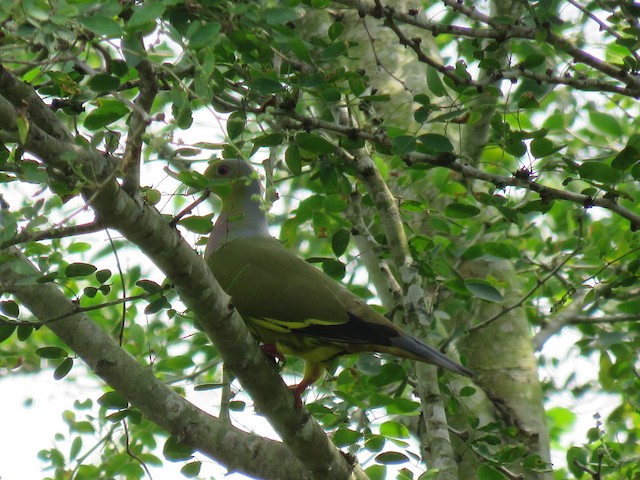 Rare, group of 12 male/females (estimate, most of the birds males) arriving in early morning in the “Thick-billed Pigeon” tree, was assuming that it would be Thick-billed Pigeons, but never take something for granted in the birding world, some of them had very nice orange-breasts (but not so bright and large as seen before) and grayish neck/head with some small pink band on top of breast). After coming back from the park, 1 single male Kum Nangpaya (will add photo later)