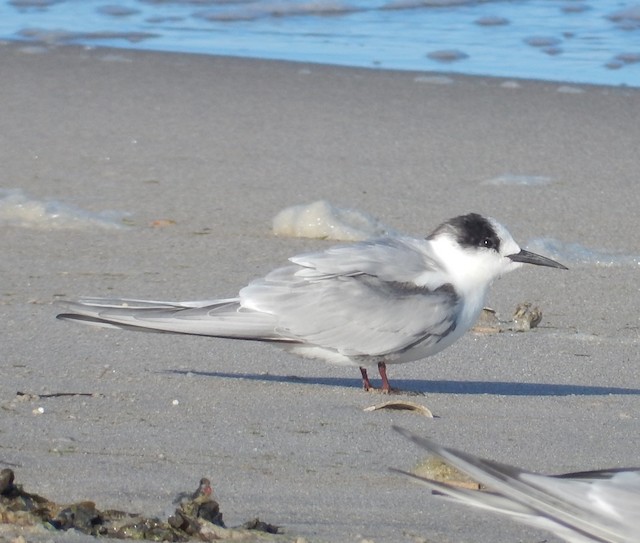 **Very rare - first documented record for Queens. Short and dark-red-legged sterna with a round head, and long, light primaries. In flight, a slim black trailing edge to the primaries. Bulging white forhead, with a black mask that encompasses the eye. The all-black bill is slightly longer than I'd want it to be for a slam dunk ARTE, but within range. The carpal bar is dark, but within range for either species, as that fieldmark is variable. The birds were all a bit hunkered down facing the strong winds. The bird flew in to the group of roosting COTEs near the jetty, and was in view for six minutes before it flew off. I was immediately drawn to it because of its short legged appearance. I next noticed it's rounder head and relatively shorter and slimmer bill. I took as many photos as I could in the time that the bird was present. I stayed for 15 or 20 minutes or so after it left the group trying to refind it, with no luck. The group of terns seemed to be continually rotating with new birds coming in frequently.