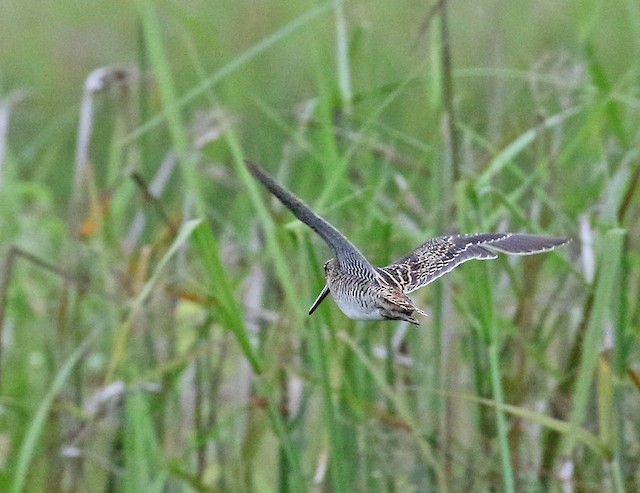 Seen at two different locations - single and two birds. Initial impression of a bird which flew in and landed was of a large snipe, larger and buffier than Pintail/Swinhoe’s, with a broad-looking tail, showing a broad pale tip and sides. Bill appeared shorter and heavier than ‘Swintail’. Short, deep call note matching Latham’s heard on several occasions. Not observed except in flight. Two birds flushed among many Swintail and Common were immediately distinguishable by large size and overall paler upperparts. Foot projection not observed clearly. The series of photos attached were of the first bird. After it landed we walked in and flushed it, and these are the pics obtained as it flew directly away from us.