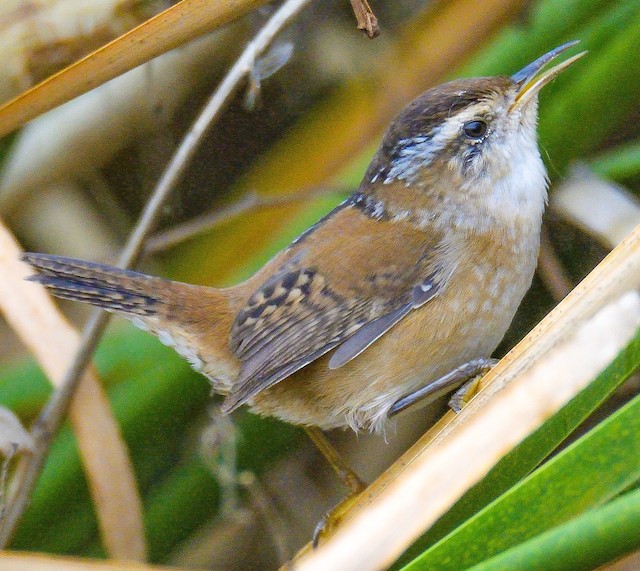 Rufous tones consistent with that of the Easter subspecies. Given the past lack of activity, and the increase of activity that usually happens around this time, I will go ahead and assume that these wrens were not resident and probably just migrated. A couple broke into song a few times, but this was probably to establish winter territory. Very exciting to see an increase in this species and I am quite pleased with the picture I was able to grab, especially considering the general difficulty of photographing this species and the fact that I fought against rain to get it.

A definite and noticeable increase in activity in the reeds at the beginning of the boardwalk. I heard their chit calls as soon as I walked onto the boardwalk, I neglected them for a few minutes as I was more focused on trying to find the ruddy duck. Once it was clear it was not there, I moved back over to the reeds as was able to snap a shot of one of them darting out from the foliage for a brief moment.