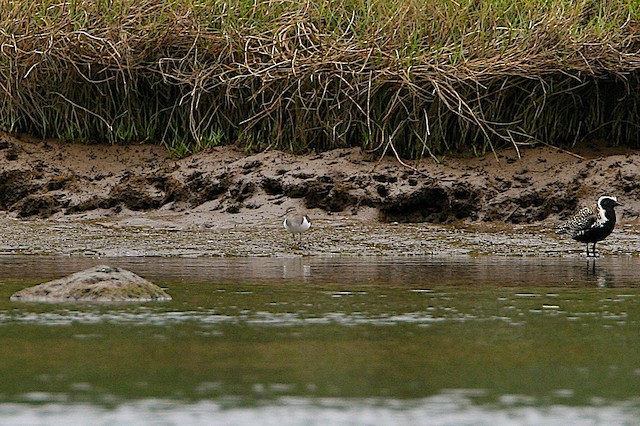 First main Island record of a Common Sandpiper - bird was first seen on October 30, 2010, and stayed through May 8, 2011. This bird went through two molts while on the Island. When it first arrived it was clearly in Juvenile plumage, by the time it left it had almost completed Alternate plumage - with a totally clear white breast, unlike a Spotted Sandpiper. The record was published in Western Birds in 2016 47: 2-167-169. Several photos where archived in the Hawaii Rare Bird Photographic file maintained at the Bishop Museum. The second image attached is HRBP #640.