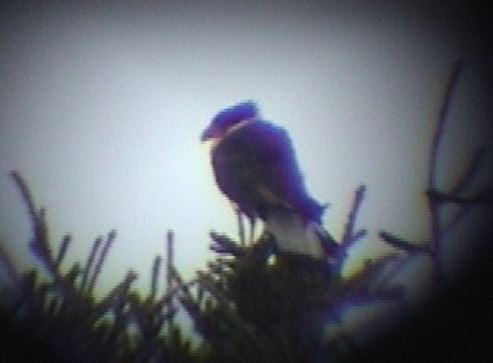 screenshot from 8mm video footage which was digiscoped

First record of this species in NB. Found on Oct 23, 2002 by Frank Branch near Maltempec about 18km north of this location. According to local residents, the bird had been in the area for a couple of weeks foraging in fields that had been recently plowed and brush cut. The bird was not seen on Oct 24 or 25 but was relocated at this site on Oct 26 and remained there until Oct 29 which may have been the last day it was seen base on what I could find on the NatureNB Listserv archives.