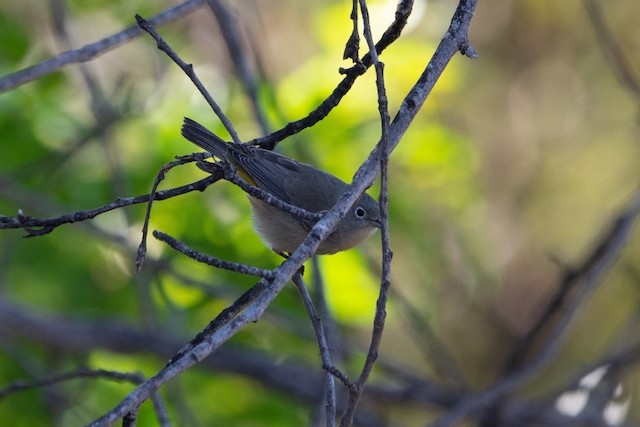 Found by Peter S earlier AM. Mostly clean gray warbler with bright yellow rump and under tail coverts. Prominent white eye ring. Very slight yellow wash in center of breast. Appeared larger-tailed than Nashville. Flicked tail frequently. This bird has a couple white feathers in its wing coverts, which when seen at a distance I mistook for wing bars. Initially seen in large Euc near stone bridge, where it was very active and hard to see. Seen much better later when it visited the creek.